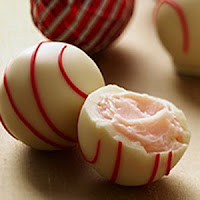 Sad: The Godiva Strawberry Truffle cost $2.00.
Sadder: Cooper grabbed it and popped it in his mouth before we could stop him.
Saddest: The look of horrified disgust on Cooper's face as he ran to spit it out.
No comments:

For a 4 year old.
Yesterday Cooper learned that forcing farts has its risks...
No comments:

The Marietta City Schools released students early yesterday because of snow. The snowflakes were HUGE and beautiful, but we've become so used to snow that neither of  the boys expressed any desire to play in it. Well. There might have been a spark of interest but, really, it didn't amount to much. Instead, we took advantage of the extra time to work on Mason's Franklin Delano Roosevelt school project which is due tomorrow.

Over the last two weeks, Mason has become an extremely conscientious student. I'm not sure what caused this change but I'm inclined to think that it's because Darren implemented a Mason-gets-to-determine-when-he-studies flexible schedule. So perhaps Mason feels more in control of his own destiny? He now makes a point of completing scheduled tasks without any prompting from his parents. We are SO proud of him.
No comments: 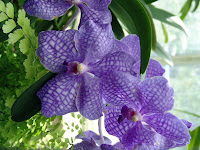 Mei Lan, my Chinese (and middle) name, means "Beautiful Orchid." That's what I chose for my station wagon's vanity license plate. As I pulled into the left turn lane yesterday morning, I was startled by the tag on the car in front of me. It read "Orchid." I SO wanted to jump out of my car and let the driver know that we had the same words on our tags, only mine was in Chinese. But I refrained.